Humberto Matos was born in Brazil, he is a marxist-leninist and PSOL militant.

Since 2005 he is a professor, working in the areas of history, philosophy, sociology, economics and geography. 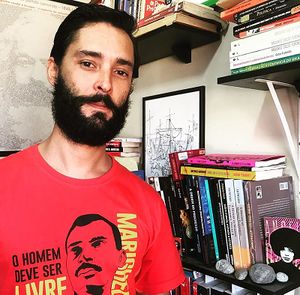 Humberto Matos (Professor and militant of the Socialism and Liberty Party)

He has a YouTube channel which is called Humberto Matos, formely and most known as Saia da Matrix, which is a project of pedagogical struggle that aims to build political and social debate based on reason. It seeks to deepen the debate through arguments and information, focusing on the controversial issues surrounding political and social debate.[1]