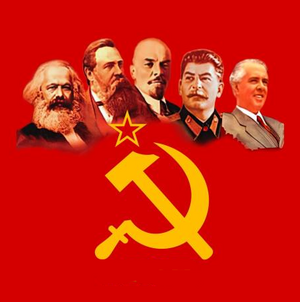 Hello. I am a Scientific Socialist and Hoxhaist who is a student of history, philosophy, and other social sciences.

I greatly enjoy reading the works of Marx and Engels, often those that relate to economics. In regards to the Marxists that put the theories of Marx into practice, I am most amiable to Lenin, Stalin, and Hoxha. I have been reading the works of Marxist and other socialist thinkers for years now, and I have developed a soild base of Communist ideas.

I am hopeful that I will be able to help Prolewiki become a place where Marxists are able to fully use as a reliable source of information without Liberal-Capitalist propaganda.

Presently, my goals for Prolewiki are:

1. Write essays, promoting space travel under socialism, automation and cybernetics for both a planned economy and the population, the long-term effects of late-stage capitalism, the promotion of anti-revisionism and Hoxhaism, and respectfully and peacefully promoting anti-theism, and a society free of dogmatic religion.

I am very interested in vexillology, particularly when it relates to Communist iconography. 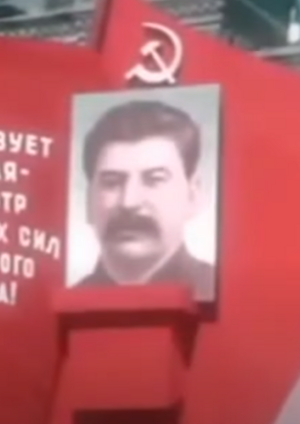 One of my favourite historical figures...

2. Writing new articles which expand the intellectual coverage of Prolewiki, including and particularly cybernetics and space technology, along with less modern historical events and ages.

Sources I wish to use:

China: The Power Behind the $700 Billion Bailout

How Chinese firms have changed Africa

What China is really up to in Africa

Donald Trump to prominent conspiracy theorist: “Your reputation is amazing”'

Experiences and Challenges in the Development of the Chinese Capital Market

Princeton Concludes What Kind of Government America Really Has, and It's Not a Democracy

The USSR – the Democracy You Didn’t Know About

From Windows 1 to Windows 10: 29 years of Windows evolution

A New Albania: a small nation, a great contribution

The History of the Socialist Construction of Albania (1944-1975)

Pages I wish to create/expand:

In the case that you wish to see my progress on these essays in particular, see my sandbox.

In the case that you would like to see my studynotes, see here.