We are ProleWiki, a communist (Marxist-Leninist) project founded in September 2020. Our aim is to build an anti-imperialist and proletarian collaborative encyclopedia, with information on current events, communist parties worldwide, countries, and more. We also host a library of texts important to the international proletarian movement, from Marx and Engels to Lenin and Stalin. Since our beginning in 2020, we currently have 2,233 articles and counting. 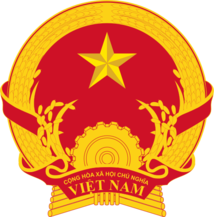 Vietnam, officially the Socialist Republic of Vietnam, is a country on the Indochinese Peninsula in Southeast Asia. The 2020 census counted a population of 97.58 million people. The country borders China to the north and Cambodia and Laos to the west. The capital city is Hanoi while the most populous city is Ho Chi Minh City (also known by it's previous name of Saigon). The Vietnamese constitution states that Vietnam "is a socialist rule of law state of the People, by the People, for the People".

The Socialist Republic of Vietnam is one of only five Marxist-Leninist states in the world today (alongside China, Laos, People's Korea and Cuba). Since 1986, it has adopted the Doi Moi economic reforms, becoming a socialist-oriented market economy.