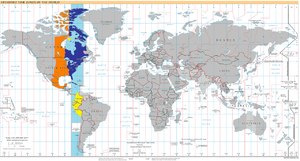 I unfortunately live in the settler-colonial empire of AmeriKKKa. My native language is English but I have also studied German, Russian, and Spanish but do not speak them fluently. I have been studying Marxism-Leninism for about three years and have some MediaWiki experience from editing other wikis. My Reddit and Lemmygrad username is also ledlecreeper27.

Lists from Wikipedia of leftist editors that we could recruit:

Left-wing sources I use: